What utility companies need to know about software bill of materials

The Biden administration wants more transparency in the software supply chain. It's an area where utility companies have already been collaborating with the federal government.

Scientists explore the physics of perovskite, a material with many potential technological applications
Perovskite is one of the most widely studied materials because of its many potential applications. A particularly promising field is photovoltaics, which involves devices that efficiently convert light into electricity. The conversion efficiency of hybrid perovskite is now around 25.2%, surpassing that of commercial silicon-based solar cells. An example of hybrid perovskite is methylammoni...


Solar cells with 30-year lifetimes for power-generating windows
A new transparency-friendly solar cell design could marry high efficiencies with 30-year estimated lifetimes, research led by the University of Michigan has shown. It may pave the way for windows that also provide solar power. "Solar energy is about the cheapest form of energy that mankind has ever produced since the industrial revolution," said Stephen Forrest, the Peter A. Franken Distin


Time to shine: scientists reveal at an atomic scale how chlorine stabilizes next-gen solar cells
A team of researchers led by Professor Yabing Qi in the Energy Materials and Surface Sciences Unit at the Okinawa Institute of Science and Technology Graduate University (OIST) in Japan have imaged the atoms at the surface of the light-absorbing layer in a new type of next-generation solar cells, made from a crystal material called metal-halide perovskite. Their findings, reported in the...


Sugar coating opens a path to low cost lithium sulfur batteries
Simply by adding sugar, researchers from the Monash Energy Institute have created a longer-lasting, lighter, more sustainable rival to the lithium-ion batteries that are essential for aviation, electric vehicles and submarines. The Monash team, assisted by CSIRO, report in the latest edition of Nature Communications that using a glucose-based additive on the positive electrode they have...


New opportunities for light-powered battery and fuel cell design
Automotive and other industries are hard at work improving the performance of rechargeable batteries and fuel cells. Now, researchers from Japan have made a discovery that will enable new possibilities for future environmental stability in this line of work. In a study recently published in Applied Materials Today, researchers from the University of Tsukuba have revealed that ultraviolet...


Congress must commit to electric vehicles

Building on the success of its NY-Sun program, the state will aim to install at least 10 GW of distributed solar energy by 2030, after previously setting a goal of 6 GW by 2025.

US can meet Paris climate commitments but will need to rely heavily on electric utilities: report

A new analysis outlines approaches for the United States to reduce greenhouse gas emissions 52% below 2005 levels by 2030. Meeting that target depends on the power sector contributing more than half the total reductions.

As House Democrats advance clean energy language in the budget reconciliation bill, advocates are calling for more flexibility for low-income homes and businesses. 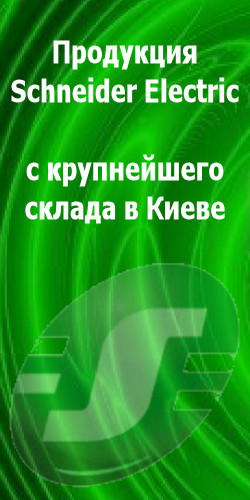